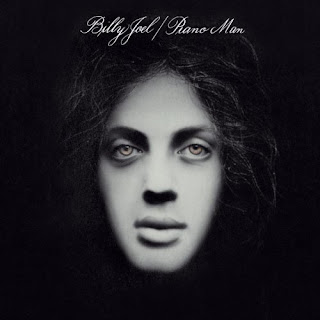 From the perspective of a Dueling Piano player…

It is nearly impossible to go to a piano bar without hearing Billy Joel’s “Piano Man. As a dueling piano performer, I realize I have probably played “Piano Man” more times that Billy Joel….

I have been performing professionally for 13 years, and average 4 shows per week, with at least one round of Piano Man… ?That’s 200 times a year. Billy Joel doesn’t even tour half that much anymore.

So many times I have gotten a request from audience members who have never seen dueling pianos, come up to me thinking they have really come up with a great idea. I think it’s going to be some advanced classical piece, or even a really fun B-side tune like Elton John’s “Funeral For a Friend” or the Beatles’ “A Day in the Life.” Instead, they “surprise” me with “Piano Man.”

Even Billy Joel says “Piano Man” is not one of his favorite songs. ?He says that as far as a lyric, it’s not that complicated; it’s basically just a limerick, and melodically, it is a waltz, not even a pop tune.

Still, adults from 25 to 75 sing this song in unison across the country at piano bars and dueling piano shows. It is always a hit.

So if you’re at a dueling piano show, you can’t go wrong requesting “Piano Man.” Just don’t be surprised if the piano players don’t play it right away — yours is probably not the first request (even of that particular night) for that song, and if you’re in a bar, they’re probably waiting for a generous tip on top of it.

If you’re at a private event, the players may be waiting for just the right moment (often the end of the show) to play the song and get the entire audience swaying and singing.

Just be sure that whenever you hear Piano Man, you sing all the words nice and loud!

In case you don’t know the words, here they are:

Our Favorite Songs – “Radio GaGa” by Queen for Piano Playing

“Radio Gaga” by Queen When you think Queen, generally you think of the hits – “Fat Bottomed Girls,” “We Are the Champions,” and of course

Dueling Pianos all over the weekend of the 4th!

Celebrate the 4th and the beginning of summer with us at any of our regular venues across Central Florida! (Click on each picture for venue/event

Bring us to your event!

Call, text, E-mail us, or fill out our contact form so we can start a conversation to have a live piano show at your next event!
Email Amy and Randy

We will update you on where you can join us for a live dueling piano show!