We met in Phoenix, Arizona in the Summer of 2012. Amy was teaching middle school music and Randy had just started working as a full-time player at the Shout! House in Glendale. We hit it off very quickly, realized we had similar goals (performing for a living) and started performing together professionally just a little over a year later.

Now a little more about us, before we met:

Amy Lyn was born and raised in Racine, Wisconsin. She started singing and performing when she was 3 and has since performed as a lead vocalist in over 700 shows. She is a professionally trained vocalist with a background in rock, pop, country, musical theater, and opera:

“As a vocalist, I have the unique opportunity to connect to people through music and my performance. Its all I’ve ever wanted to do.”

Her love for playing piano came later in life, when she began taking lessons in High School. There are so many possibilities with the piano, and you can create such breath-taking compositions.

Amy began teaching private lessons in 2007 and has since taught students from age 5-65 to read and play music. Amy also holds a double BFA degree in both Choral and General Music Education, and has taught both in and out of the classroom: “I am so lucky to be able to share my love of music and help students understand and develop their own musical skills/talents on a daily basis!”

Randy Keith started taking piano lessons at the age of 2

He learned autoharp and basic guitar by age 4, and added harmonica, bass and drums in high school.

A Los Angeles native, Randy became one of the youngest radio traffic reporters at 19, flying in “Air 1070” for CBS affiliate KNX, while obtaining his private pilot certificate. Randy has had a myriad of careers (including high school math teacher, network marketer, and motivational speaker) prior to his passion, entertaining people with the piano.

Randy began his dueling piano training in 2001 at Universal Citywalk’s Howl at the Moon Hollywood, and became a full-time performer in 2005. Since leaving California in 2007, he has lived in Seattle, Kansas City, Las Vegas, Phoenix and Singapore and has worked several cruise ships in both the Pacific and Atlantic.

Randy brings his expansive song repertoire, vast traveling resume and varied stage experience to your event to create a musical experience that will last for a lifetime! 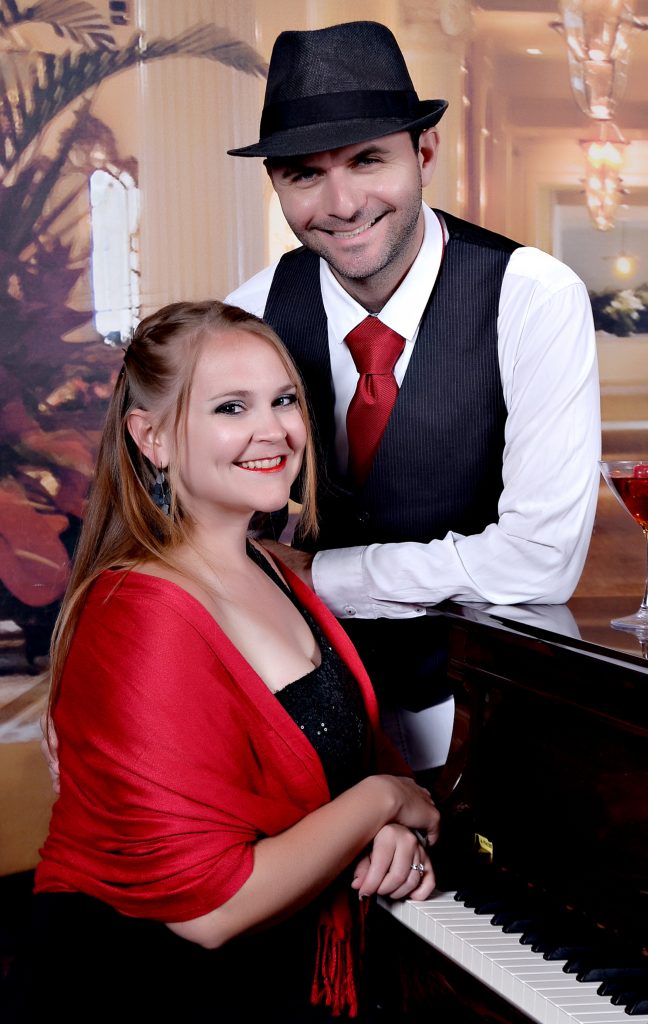 Thanks to our time working in Phoenix, we maintain close relationships with our friends and colleagues there, who continue to perform for Premier Piano Shows at bars, restaurants, and private events. 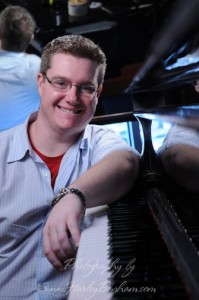 James Brown, Jr. is from Mountain View, CA and Detroit, MI. He started playing piano just three months before his first dueling piano show in Peoria, IL in 2005. That first show was life changing and kicked off a 32 state tour with audiences as large as 7000 people! James has always been a performer and his inspiration comes from his brothers passion for writing and 3 musical theatre composers; Bernstein, Sondheim and Larson.

In 2008, James moved to Glendale, Arizona to become a full-time staff player at the Shout House until its closing in May 2016. James loves to see people up on stage and help them loosen up and enjoy their time off. And its not a secret, but James is not acting, he really is having as much fun as his audience members.

Scott Dunlap and Pete Wilson first met as partners on the staff at the only dueling piano bar in Arizona in the 20th century, Little Ditty’s and the downtown Arizona Center. Upon the clubs closing in 2003, Scott moved to Las Vegas to become a full-time player at New York New York Hotel & Casinos Bar at Times Square, boldly bragging The Worlds Best Dueling Pianos. At the same time, the late Pete Wilson stayed in Phoenix and built a company that builds digital piano cases that look like real pianos.

Call/text, E-mail us, or fill out our contact form so we can start a conversation!

Want To See us Perform Live?

Subscribe to our newsletter to get notices on our next performances.