Dueling Pianos: This Weekend in Phoenix – Peoria to Chandler!

Dueling Pianos: This Weekend in Phoenix – Peoria to Chandler!

Dueling Pianos is in Phoenix one more week!

Premier Piano Shows presents Amy and Randy’s Dueling Pianos on a Phoenix tour for their last week before moving to Orlando, Florida. Check them out at local Phoenix venues: 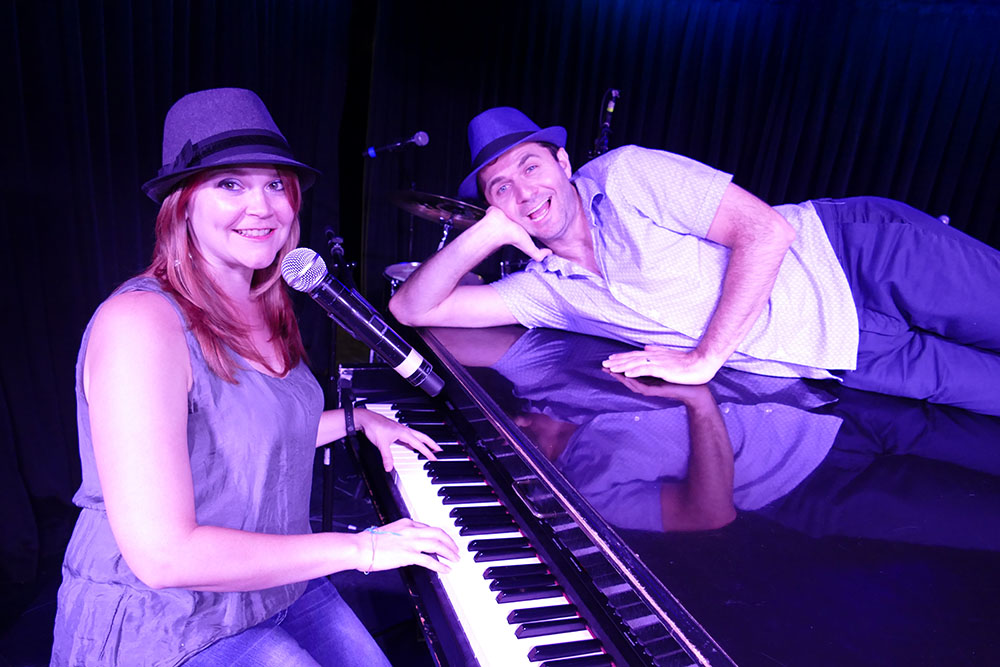 Amy and Randy Keith have performed every month at Lakeside Bar and Grill since April, 2014 and have become a staple of live entertainment in Peoria, Phoenix and all of Arizona. Their dueling piano show features requests from the audience and family-friendly comedy that keeps kids and parents singing, clapping and dancing all night long.

In October, the newlyweds will relocated to Orlando, to serve dueling piano shows at corporate events, weddings and private parties all over Florida. The couple will return on occasion to the Valley of the Sun when clients desire.

The Keith’s were married in January 2015 at Sun City Grand. Amy retired from her full-time secondary education career in Summer 2014 and joined Randy who has been a full-time dueling piano player since 2004. Since leaving California, Randy Keith has lived in Kansas City, Las Vegas, Seattle and Singapore before moving to Phoenix and finding his bride.

Dueling Pianos as presented by Amy and Randy introduces a new facet of entertainment to an industry dominated by men and vulgar humor. Their repertoire covers “traditional” dueling piano singalongs like “Piano Man,” “Don’t Stop Believing,” and “American Pie,” while introducing more current tracks to keep the younger generations engaged, including hits from Taylor Swift, Lady Gaga and Justin Bieber.

Amy and Randy Keith have been performing together for 3 years and offer a new show every time they perform. Audience members request anything “from the 40s until now” throughout their 3-hour nonstop shows. Unlike most bands and live entertainers, Amy and Randy never take a break. They constantly watch their audiences to insure everyone is having fun, singing and dancing along to the requested songs.

This week will be the last chance to see the couple together in Arizona in 2016. From Peoria to Chandler, check out newlyweds Amy and Randy Keith this weekend!

This weekend, Premier Piano Shows has all of Central Florida covered with live entertainment Friday, Saturday and Sunday night! Whether you’re in Tampa or New

Behind The Scenes – Entertaining in Covid Times

A personal look at being a professional working musician during a pandemic: “It’s a strange time.  We are all struggling to find our footing. So many

Dueling Pianos is back in Orlando!

As Florida returns to normal, we’re ready to bring you entertainment every weekend across venues in Central Florida! If you’re looking to go to the

Call/text, E-mail us, or fill out our contact form so we can start a conversation!
Watch our Online Show

We will update you on where you can see us perform live!